Meat in and of itself is generally bland. People only eat meat because something has been added to flavor or season it. The phrase, "tastes like chicken" comes from the fact that most meats have a bland flavor (like chicken) unless they are seasoned to bring out the best of the meat's taste. If you are not a gifted home cook, you may need a little help in this department. Here are some seasonings that when combined into blended meat seasoning, they work very well on a variety of meats.

Salt was so valued in the Middle Ages, that royalty would hoard their salt and present it at the table in little salt cups for their guests. While salt is far more common now and everyone has access to it, it has to be used sparingly for health reasons. Still, a little salt for seasoning goes a long way. If you need to decrease your sodium intake, there are salts you can buy that have 50% less sodium in them than regular table salt.

Fresh cracked or ground black pepper gives the meat a little kick. It is especially good for wild game because most wild game has a funny aftertaste that the black pepper hides. Salt and pepper are the world's two oldest seasonings for meat, and combine well for a salt and pepper rub.

Paprika originally came from India during the times of the spice trades and spice trade routes. Cooks discovered that it really made a difference when seasoning poultry, pork and game meats and used in conjunction with seasoning meats on a rotating spit. If you buy a roasted or rotisserie chicken from a grocery deli, you will probably find paprika on its list of ingredients. Paprika is also present in seasoning salt, a mixture of salt and other seasonings that is sold in shaker containers on grocery shelves.

Rosemary is from the mint family. It is excellent on pork, venison and beef. If you make a pot roast from any of these meats, rosemary should be included in the seasonings you use to flavor it. It is often used in conjunction with thyme and marjoram, which are used to season all meats regardless of the source animal.

Thyme is a pungent seasoning that brings a lot of flavor to meats. When used sparingly, you get a lovely combined aroma of the meat and the seasoning that makes your mouth water. You never want to use too much of it, however, as an overpowering bit of thyme will bury the flavor of the meat and make your nose twitch faster than a rabbit's. 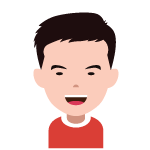 I love apples. They’re sweet, crunchy, and juicy. Even better, apples are extremely healthy. They’re loaded with filling fiber. Are you interested in more health enhancing foods? Consider eating an apple every day. While they’re absolutely delicious by themselves, you can use apples to prepare many delicious dishes. For instance, you might enjoy baking an apple in the microwave. Add cinnamon and walnuts to your baked apple for a decadent, diet friendly dessert. Top a spinach salad with a sweet apple for a tasty, quick lunch. On this blog, I hope you will discover ingenious tips to help you increase your apple consumption. Enjoy!